Back to Blog Posts

How to Generate eInvoice in GST Portal – 6 Steps to Follow

The concept of eInvoicing was officially approved by the GST council to alleviate the pain of taxpayers and concerned authorities. It is to be implemented for businesses of 20 crores or above in effect from April 2022. It was primarily designed with two key aspects – the adoption of invoice standards to enable swift data exchange across diverse systems. Secondly, registering invoices with the government through the Invoice Registration Portal (IRP) to ensure the authenticity of invoices.

What is GST eInvoice?

eInvoice is a process of validating B2B invoices electronically by GSTN. It isn’t a viable option to generate eInvoice directly from the common portal. Authentication is required to ensure invoices are generated by a valid accounting system and processes like eWay Bill and GST return filing.

The government has introduced a standard format, which enables ERP software to follow the same schema that is uploaded on the GST portal for authentication and validation.

The taxpayer is required to generate an invoice and submit them to IRP for approval. After verification, the portal will return the invoice to the supplier, alongside a unique reference number, QR code, and digital signature.

Step 1 – Invoice Creation The supplier or seller will create an invoice in the eInvoice schema using their accounting or ERP system. The system will generate a JSON for each B2B invoice and then it will be uploaded to the IRP.

Step 2 – IRN Generation The next step is to generate a unique Invoice Reference Number (URN) by the seller with a hash-generation algorithm.

Step 3 – Invoice Uploading The seller will upload JSON for each invoice, alongside IRN, to the IRP, either directly or via third-party API.

Step 4 – Authentication and Signing IRP will validate IRN attached with JSON or generate IRN, if not uploaded by the supplier. Then, authenticate it against the central registry of GST. Upon successful verification, it will add a signature on the invoice and QR code to JSON.

Step 5 – Data Sharing The uploaded file and information will be shared with the eWay Bill and GST system.

Step 6 – eInvoice Downloading The portal will send a digitally signed JSON alongside QR and IRN code to the seller. Then, the invoice will be sent to the buyer at the registered email address. 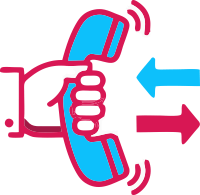 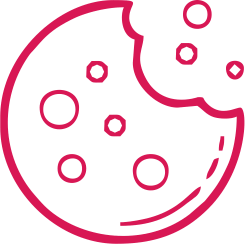